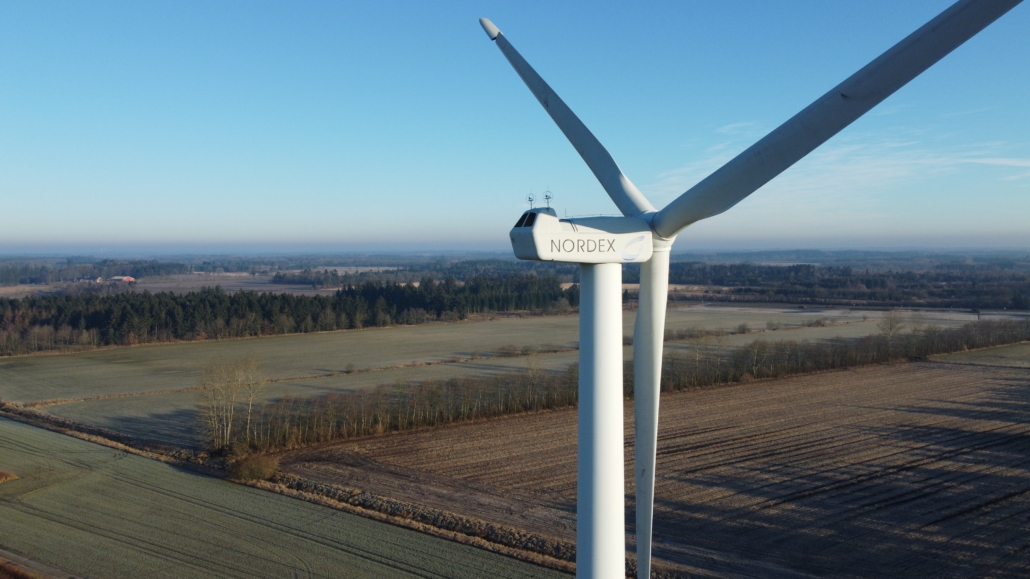 Follow the proces of retrofitting a 20 year old wind turbine with Spica Technology.

Back in December 2021, Spica Technology’s two owners, Anders B. Jensen and Benny Thomsen, decided to buy their own wind turbine. Through the past 10 years, Spica has positioned itself as Europe’s leading company within retrofitting wind turbines. This is where the idea to retrofit their own turbone arose. This resulted in the purchase of a Nordex N60 1,3 MW in Filskov, Denmark.

We are the company who age-wise has retrofitted most wind turbines in Europe, which is why we thought of producing our own electricity from a turbine with the prospect of being replaced. With the purchase of this turbine, our company becomes even greener and at the same time we make sure of an extended lifetime for the turbine of at least 15 years.

The first two months
After two months as turbine owners, Anders and Benny draws the conclusion: in two months the turbine has experienced eight unplanned stops because of failure in the control system. As a turbine owner, these unnecessary stops are to avoid since it equals lost production, expenses for service calls and thus a decrease in income. Next step is therefore to, as planned, optimize the Nordex turbine with their own control – Spica Retrofit Controller. The purpose of buying the turbine is for them to have their own user-case, which can give a clear picture of the yearly production of an elderly turbine before and after an upgrade of the control system.

Now we have a clear picture of the turbine in operation before the update, so we look forward to reducing the many stops to a minimum after the upgrade with Spica Retrofit Controller. This is also what we experienced from other turbines with our control system.

Produces electricity 99% of the time
Optimization of the Nordex N60 turbine went (almost) as planned. The project lasted three days and involved replacement of the old controller to our own Spica Retrofit Controller. Sensors and measurement parts, which make it possible to automatic control of the turbine, were also replaced. Even though Spica has installed their own controller in nearly 100 turbines before, there are risks of minor problems following the proces. In this case Benny and Anders, shortly after installation, experienced a yaw stop on the turbine, which quickly was solved during one single visit. Now the turbine runs perfectly, and where we before the upgrade experienced eight unplanned stops over the first two months, they have only experienced one stop since the upgrade with the Spica Retrofit Controller. Their expectation is that no more stops will occur – just as they have experienced with former retrofitted turbines.

It has not been possible to measure the extended outcome produced in KW yet, since the spring in Denmark has been surprisingly still.

By installing central grease, it is pumped into the turbine’s generator in intervals. This gives it the best conditions possible. When manually greasing a turbine, the grease is given all at once. This means that the grease level is good at first but decreases over time. The automatic grease pump makes sure of a uniform amount, which thus life extends the turbine further.

Stay posted for more news regarding the retrofit of the 20 year old Nordex N60 turbine.