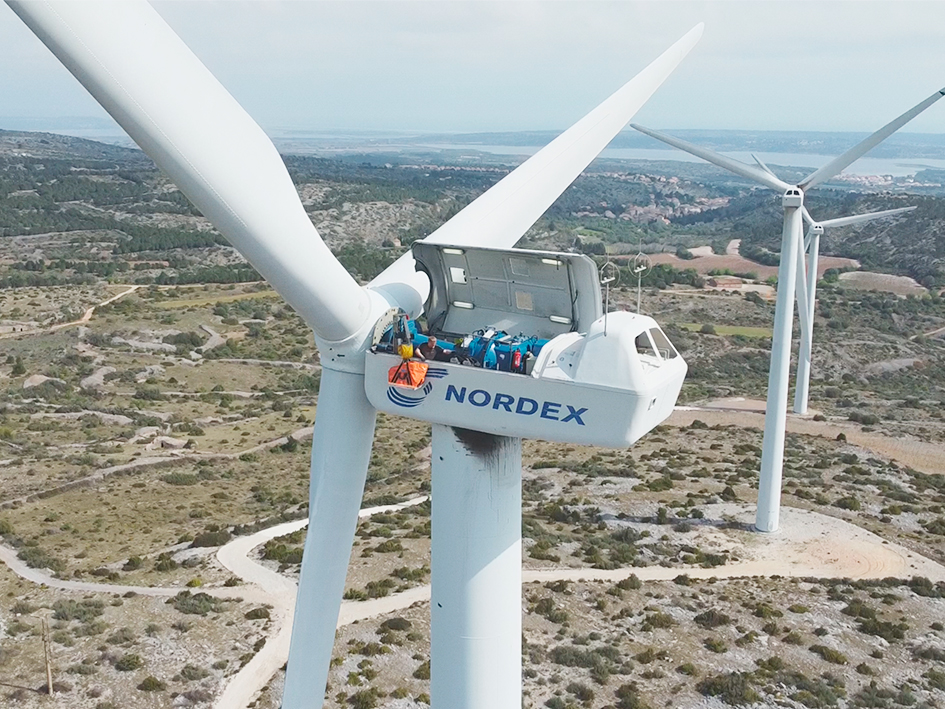 Spica Technology has since autumn 2020 worked on a project in Fitou, France towards the optimization of 9 x Nordex N60 (1,3 MW) wind turbines. The project has now been finalized.

When Spica Technology won the tender in 2020, the wind farm owner’s main objective was to develop an automatic acoustic regulation plan in the software of the turbines, that would increase their availability. At the current scenario all turbines were to be shut down manually at certain wind directions, due to noise complaints from a nearby village. The local agreement was that the park owner would be compensated for an availability reduction of 19 %. However, due to dependency on manual service from technicians every time the turbines had to be shut down and turned back on, the actual imposed reduction in availability was 42 %.

The first proof of concept was installed in October 2020 on one of the turbines, to collect data and show that the solution was able to increase availability from the imposed 42 % in reduction, over the next 6 months. The proof of concept consisted of the Spica Retrofit Controller combined with ultrasonic sensors and an individual acoustic regulation plan, installed in the software of the turbine. Originally the request was to solely install the automatic regulation plan on the existing controller. However outdated and not fulfilling the capacity to run the required software, the old controller was replaced by the Spica Retrofit Controller. The solution quickly proved that the wind farm’s availability could be increased, as the acoustic regulation plan no longer required manual service on the turbines, to shut the turbines on- and off. Today the acoustic regulation plan is controlled fully automatically by each turbine’s individual program. This result has led the way for installing the solution on the remaining eight turbines, which now have has been finalized.

What however has not been accounted for in this project is the fact, that other than the regulation plan, the Spica Retrofit Controller solution in general reduces the need for repair and maintenance of older turbines and furthermore gives park owners full control of their turbines. The average turbine retrofitted with the Spica Retrofit Controller has an availability of 99 %. Therefore, the reduced availability that is imposed on the Nordex turbines in this case, is expected to be better than the 19 % reduction, which was the park owner’s initial goal.

If you want to know more about our retrofit solution, read more here: https://www.spicatech.dk/custom-wind-turbine-control-systems/retrofit/